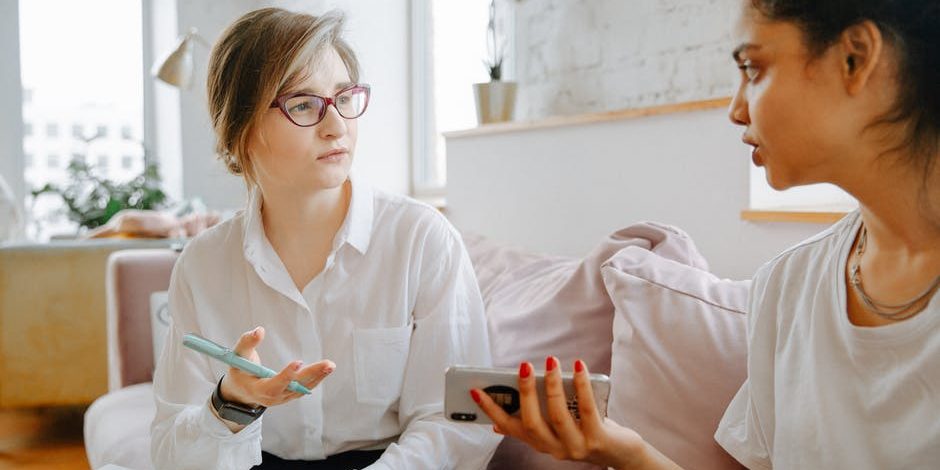 That’s why it’s crucial to know what are ADHD symptoms in women so you can go out and advocate a proper diagnosis of ADHD for yourself. The article below outlines some common ADHD signs, so keep reading.

A lot of women with ADHD will tend to make careless mistakes at work, school, or home. It might seem like they are just lazy or careless and that’s what a lot of folks around them end up labeling them as. But that’s not the case.

It could be ADHD or also other issues that cause them to not pay close attention to details which in turn causes them to make careless mistakes. This is especially true if they don’t particularly care about the task at hand.

Sometimes, women with ADHD also dislike doing tasks that require a sustained mental effort, getting distracted halfway through it, or choosing not to do the task at all. They end up procrastinating on the task for days or weeks on end, only completing it when the deadline is close.

Also, this inattentiveness manifests in them losing things easily. It might be small things here and there, but also expensive, irreplaceable items, which cause them a lot of distress and sadness.

Women with ADHD tend to get distracted easily, which is why folks who are trying to have a conversation with them might find it frustrating. They appear to have difficulty sustaining their attention on the conversation and appear like they are daydreaming rather than listening.

This distractibility applies not only to conversations but everything else as well.

This results in forgetfulness in daily activities, and frustration on the part of people around them because nothing ever gets completed.

One of the biggest complaints that women with ADHD have is that they can’t get themselves organized, no matter how hard they try. They might have tried all the organizational techniques, and systems on the market, from using calendars to sticky notes to apps.

Nothing seems to work for them. Their life, their desk, their homes, everything stays messy, and disorganized, and results in many problems.

Because of their lack of organization, they end up paying bills late, missing payments, and more. This could result in financial difficulty for a woman with ADHD.

This is another one of those ADHD symptoms in adult women that’s quite common. They tend to act impulsively which leads them to make many mistakes in their life because they didn’t take the time to step back, think about the situation, and make an informed decision.

They also tend to speak impulsively, that is, speaking without thinking, which results in problems in their relationships when they end up blurting out stuff without any filter.

Another way impulsivity creeps into their life is also as they become sexually active at a younger age and take risks with their sexuality. They also might end up in sexually violent or intimate partner violent relationships.

Even though women with ADHD might seem like they are calm on the surface, they will complain frequently that their minds are churning a million miles a minute and they can’t keep their mind on one topic at a time. This results in the distractibility and inattentiveness that many complain about.

They might want to focus on a task and get it finished. But their mind becomes their enemy as it flits about from one topic to another, never staying on the object of their task.

Women with ADHD find it easy to make friends. But that is a double-edged sword of sorts since they will find it hard to sustain these friendships.

This is because of many reasons, but partly because they speak impulsively blurting out things that inopportune moments. And also, their inattentiveness in conversations, their disorganization, and poor planning causes them to be late to meetings and events.

Friends might break off their friendship with the women with ADHD as annoyances and frustrations build up over time.

They also have one or more spaces in their life, be it their house, their car, their bedroom, or their work desk, that is in complete disarray. No matter how much they try to organize this space, it never gets organized.

This causes women with ADHD much consternation and shame as they worry about what people will think once they see this messy area. They will do anything they can to hide this mess from others as they mask and pretend like they are ‘normal’ and neurotypical.

ADHD Symptoms in Women – Watch Out for These

Coping Skills You Need If Your ADHD Partner’s Inattentiveness, Distraction, Or Lack Of Focus Is Hurting Your Marriage

7 Tips For Improving Communication In Marriage & How PACT Therapy Helps

Lisa Rabinowitz, LCPC is a licensed counselor in Maryland, Virginia, Delaware, Vermont and Florida. She also works with international couples and expats. With her support, you can learn how to recognize ADHD symptoms in women and in your relationship through an intensive marriage retreat or couples counseling. .  Reach out to Lisa for a 20-minute free private consultation today.

Relationships With ADHD: Signs Your ADHD is Impacting Your Partner
August 18, 2022