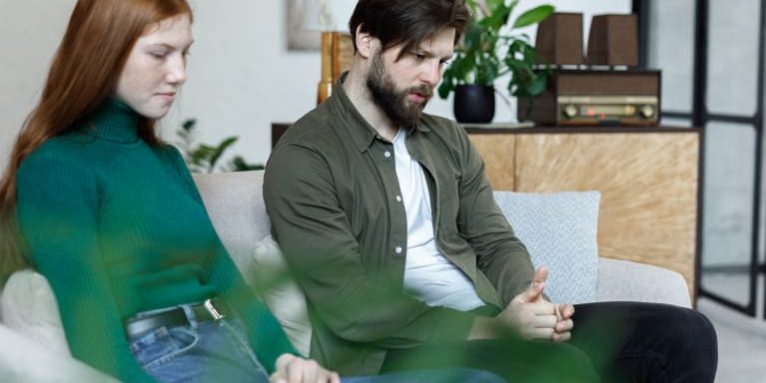 Why Gottman’s Four Horsemen (Criticism, Defensiveness, Contempt & Stonewalling) Are So Destructive To A Happy Marriage

If you have ever wondered what indicators signal the beginning of the end of a relationship, you’re not alone.  Many people – both laymen and professionals – have pondered the same question, and after over four decades of research, Dr. John Gottman presented the “Four Horsemen of the Apocalypse, describing the four most common behaviors that characterize a spiraling marriage.  When you learn about these behaviors you can utilize techniques to stop them in their tracks and turn your whole relationship around.

Often, the first horseman to make an appearance is criticism.  That’s a word we hear frequently, so it may not sound like such a harbinger of disaster.  And it’s true that not everything commonly labeled “criticism” is actually a horseman – for example, if your partner is consistently late, it may just be good communication to say gently, “I feel frustrated when you arrive late to events we’ve planned in advance.”  A statement like that leaves room for a conversation.

But when comments about a partner’s behaviors become generalized to his or her personality (“You’re always late!  You never think about me!”), that is no longer constructive.

Criticism erodes its target’s psyche by making him feel unloved and misunderstood.  It also erodes the relationship, because it opens the door to let the other horsemen in.  If your partner is consistently criticized in this way, they may feel attacked and may react defensively (and that’s another horseman!), setting off a vicious cycle in which criticism and its “friends” appear more and more often and escalating a situation that started off as fairly low-level to one that may only be salvageable with intervention from outside sources.

However, if you have noticed this horseman’s activity in your relationship, that doesn’t mean you should write your marriage off.  There is a simple and logical way to combat criticism and heal your relationship, and it’s called the “gentle start-up.”

For example, Mary notices that her husband John has not come to her family reunion, even though he said months ago that he would.  She is filled with frustration, and her first instinct is to criticize: “John, we planned this three months ago. I’m so done with you.  You’re so inconsiderate; you never think about what I need.”  But instead says, “John, I feel frustrated and missed your support when you didn’t show up.  Is there something we can do to ensure you show up next time?”

This example demonstrates the basic pattern of all gentle start-ups: an “I” statement describing a feeling and then a need.  The “I” part is critical, because it ensures that the partner doesn’t feel blamed or attacked.

Defensiveness might be best defined as an unwarranted reaction.  Many times it crops up in response to reasonable complaints, and it usually takes the form of blaming and castigating the other person.

Take Mary and John for example.  Mary is upset that John did not attend the family reunion as he promised he would, and she voices this frustration.  John responds: “You should’ve known I would be busy that day!  I told you there would be a lot going on at work that week!  You should’ve paid more attention.  You weren’t really listening to me.”  That’s one typical example of defensiveness – putting up a barrier to stop the accountability that’s heading one’s way and redirecting it back towards the other partner.

Defensiveness is the opening move of the blame game, which, as most of us know from experience, can stretch on forever with no resolution in sight.  It’s also another gateway horseman, just like criticism, paving the way for criticism and contempt to rear their ugly heads.

But defensiveness, too, has its solution; combating defensiveness means accepting responsibility.  By graciously receiving the accountability that is being offered to you, you halt the blame game and open the floor for a discussion.  This doesn’t mean you need to take the fall for everything, but when you take responsibility for even part of the situation, you demonstrate maturity, sensitivity, and understanding, leaving a space for a conversation.

Here’s how it might play out in John and Mary’s case.  When Mary expresses her wish that John had shown up to the reunion, John can say, “You’re right.  I did say I would try to be there, and in the end I wasn’t.  I’m sorry.”  No excuses, no rationalizations, no blame displacement.  Just the acknowledgement and apology.  Explanations can come later.

You may struggle with this solution because you might have been raised in a society that promotes assertiveness and self-confidence, and somewhere along the way you may begin to believe that an admission of guilt or wrong contradicts these characteristics.  Sometimes it may be difficult to accept responsibility because of pride and desire to maintain as positive an image of yourselves as possible.  However, deep down, there is no contradiction between admission of wrong and assertiveness.

They’re just two sides of a coin you might call emotional honesty.  By the same token, nobody is perfect, so far from detracting from your self-image, you can focus on ability to recognize imperfections as actually a strength and cultivate skills in this area.

Contempt is easily the worst of the bunch – it’s been shown to be the number one predictor of divorce.  Dr. John Gottman called it “sulfuric acid for love.”  But what’s so bad about contempt?

Although it can come in many forms (name-calling, mimicking, dismissive body language like eye-rolling, etc.), contempt always produces the same effect: disconnect.  A discussion can only be conducted between equals, so when one partner treats the other with a lack of respect, it offsets the even footing and shuts down any possibility of productive discussion.

Because treating a partner with contempt connotes a condescension and disregard, it can further complicate situations that are already delicate, because any problems that crop up (and they will!  And that’s normal – every relationship has its bumps) will not be worked through with a calm, mature conversation.

Fortunately, the appearance of contempt doesn’t have to mean the end of the road.  In order to uproot contempt from your marriage, Dr. Julie Gottman says, you must build a culture of appreciation.  Take the time to notice the good things about your partner – good behaviors or even just good characteristics you attribute to him or her.  Where appreciation flourishes, respect soon follows, and when you communicate with your partner, that respect will show through.  People tend to treat you the way you treat them, so your partner is likely to react in kind.

On the outside, a “stonewaller” may not seem to be experiencing any emotions at all, which his or her partner may find exasperating or infuriating.  In reality, though, a stonewaller is processing an overload of emotions – so many, in fact, that they shut down and disengaged from the conflict that is currently brewing.  As a result of this psychological turmoil, it is very likely that the person will experience physical symptoms like increased heart rate and raised levels of stress hormones and possibly even a fight-or-flight response.  The stress is real, and it shows on the body.

Although it’s completely understandable that stonewalling most often occurs in the middle of intense discussions, it can be especially damaging for that very reason.  When you are trying to talk something through with your partner, and your partner suddenly becomes completely unavailable (whether occupying him- or herself with something else, tuning out, or just flat out ignoring you), you may feel like you’re banging your head against a wall (hence “stonewalling”), and the situation only escalates from there.

There are few things more aggravating than trying to “tango” with someone who won’t dance, and even if the stonewalling partner does yield to your efforts, conversation from that point on is between two people under a lot of stress, and it will suffer in rationality, maturity, and sensitivity because of that.

It’s important to understand, though, that a stonewaller often isn’t behaving like this maliciously.  On the contrary, your partner thinks that by remaining quiet that will avoid an argument.  And when this technique backfires, your partner may be left wondering if there are any good options and/or feel trapped.

It’s true that there is some merit to dropping the conversation, but the successful method of stopping differs from stonewalling in a few important ways.  For one thing, if you and your partner agree on a general prearranged signal to communicate when one of you is feeling overwhelmed by a conversation and needs a break, all the emotional tension of stonewalling can be avoided.

Your signal can be a hand gesture, like the “time-out” sign, or even just an honest piece of communication: “I’m feeling overwhelmed and need a break.  Let’s continue this conversation later.”

Now you have some time to yourself to do some physiological self-soothing, taking at least twenty minutes to occupy yourself with something calming and distracting.  Physiological symptoms will resolve themselves in that time window, and when you return to the discussion, it will be with a clear head, which is much more likely to lead to a productive end result.

Gottman’s Four Horsemen, Criticism, Defensiveness, Contempt, and Stonewalling can create a sense of insensitivity, unfairness,  and insecurity in your relationship. Lisa can help you learn the Gottman tools needed to build a happy and successful relationship.

How Long Is Too Long Without Sex In A Relationship?

How Contempt In Your Relationship Is Driving A Deep Wedge Between You
March 25, 2022

7 Tips for Improving Communication in Marriage And How PACT Therapy Helps
April 28, 2021

How To Reconnect With Your Partner: 3 Tips to Help Your Relationship
February 12, 2021

How Can Gottman Premarital Counseling Prepare Couples for the Challenges of Marriage?
November 25, 2020