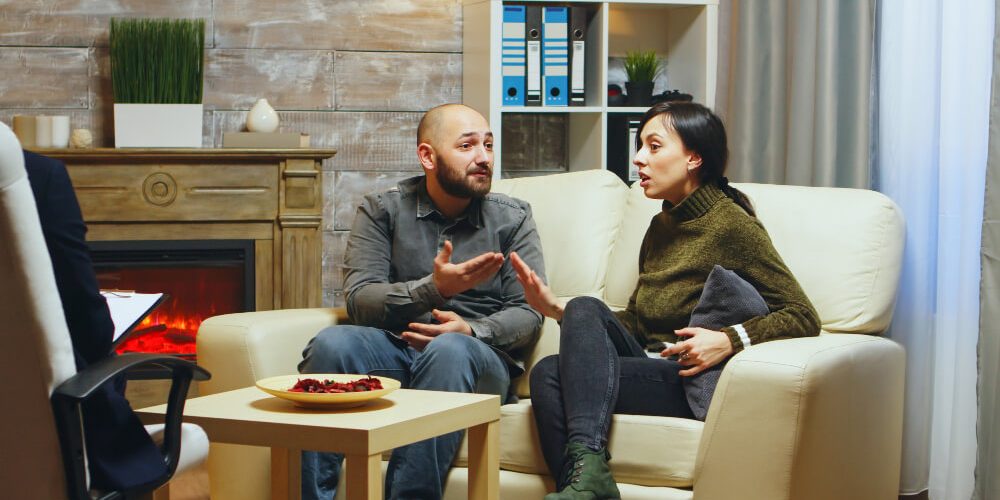 What Does It Mean To Resent Someone?

No one likes to feel unappreciated or invalidated, but you might be asking yourself, “Does that mean I resent my partner?” or “What does it mean to resent someone?”

When you are wronged, discriminated against, unrecognized, unappreciated, taken for granted, taken advantage of or devalued resentment towards the other person can develop. Resentment festers inside you when you believe a true, imagined, or misunderstood injustice has occurred.

Examples of Resentment in Relationships

When you are asking yourself, “What does it mean to resent someone?” you might notice that resentment builds quickly when issues are not addressed. There may be a lack of repair or an ineffective attempt at addressing the issue.

This list can not be read in a vacuum, but happens in a certain spirit of unfairness and unequal distribution of power and equality. There are endless examples of resentment.

Here are the top 5 things that many couples complain about that creates resentment:

In my practice, examples of resentment can be around any topic, but the most frequent arguments that cause resentment are money, children, time spent on relaxing activities, and housework.

What does it mean to resent someone?

Resentment might happen after just one event, though more frequently it occurs after repeatedly feeling uncared for and disrespected. You may be resentful if you don’t discuss how you feel about a situation or when you discuss your perceptions you are dismissed or ignored.

The first three years after a baby is born is a notorious time for couples to be unhappy. In Dr. Gottman’s research, he reports that 67% of couples are very unhappy at this time. There are many reasons why this happens. When one or both partners do not feel appreciated, their contentment decreases.

For example, when the father says he’s tired, however, he slept through the entire night. The mother was up 3 or 4 times changing the baby’s diaper or feeding the baby. This is an example of when resentment could build between the couple if their feelings are not discussed.

How do you stop resenting someone in a relationship?

If you are wondering, “Can I really stop resenting my partner?” The answer is yes. And then you may wonder, “How does one stop it?” Usually, couples need to repair the situation by working through what has happened and making a plan for it not to occur anymore. With an action plan and a commitment to act and talk to each other differently, then resentment can stop in a relationship.

Resentment develops when couples ignore their feelings. From there, problems arise and require conflict resolution. When couples fail to solve their conflicts, a sense of resentment will begin. Resentment increases when someone feels their feelings are discounted, not heard, manipulated, shamed, or judged.

You can work through resentment with a partner if you can address the problems head-on and decide to change this pattern of allowing resentment to build up and destroy your harmony.

Lisa Rabinowitz, LCPC is a licensed counselor in Maryland, Virginia, Delaware, Vermont and Florida. She also works with international couples and expats. With her support, you can learn how to reduce stress and conflict in your relationship through an intensive marriage retreat or couples counseling.  Reach out to Lisa for a 30-minute free private consultation today.

11 Positive Signs During Your Separation That Show Reconciliation is Possible
December 7, 2022