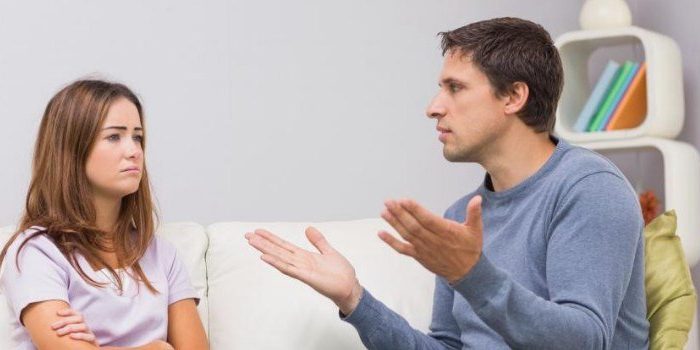 You used to get along, be happy and have fun. Now, you can’t stop fighting about money, the kids, chores or your in-laws. Couples begin their relationship in the honeymoon phase where everything feels perfect. After a while issues tend to arise. Why? Why do couples argue about money so often?

You may be tired of fighting about money and afraid of it tearing your marriage apart, but you may not know how to resolve the issue either.

Why Couples Fight Over Money

You may not realize that the fights which are supposedly over money are actually about who has the power and influence in your marriage. Money often becomes the symbol of power in a relationship because it is so practical, quantifiable and frequently used.

It doesn’t take a therapist to spot this power struggle, either; you can easily observe this in your own relationship. For example, when you are having a disagreement about money, notice if you start mentally or even verbally labeling your partner as stingy, the worrier, thrifty, a penny-pincher or a micromanager. You can also tell a lot from how your partner reacts to your input – the other partner starts thinking you are the big spender, extravagant, spendthrift or the waster. In addition, you might hear ideas such as “I’m working and making the money” (implying I can save or spend it the way I want), being tossed around.

Is Fighting About Money Normal?

Yes, it’s normal for couples to fight about money. In an ideal world, you would discuss your thoughts and feelings about money, but money is frequently a charged topic that triggers strong feelings in everyone – families, individuals, and companies – not just couples.

One reason money is such a hot button in many relationships is because people grow up with different perspectives on it; it’s almost certain that you and your partner were raised in families that had different values, beliefs, views and thoughts about saving, investing, debt, loans and spending habits.

Even if you were raised in families with similar ideas about money, you still may have challenges navigating this issue.

The #1 Reason Why Couples Fight

According to ”Making Marriage Last” published by the American Academy of Matrimonial Lawyers, problems relating to financial matters are a major reason why marriages break down.

Research found that 36% divorced people felt that money was a major contributing factor to the divorce. Other participants felt that financial issues increased the stress in the marriage, which led to divorce.

Can Money Ruin A Relationship?

The simple answer is Yes, If you can’t work as a team and discuss a system to address spending, savings, bills, and other money issues, then your money issues will destroy your marriage.

On the other hand, if you understand why you are fighting over money and what money represents to you and your partner, and you learn how you can use a team approach and see money like any other issue that you need to address, then you will be able to work through your money challenges.

If you find that you cannot discuss this issue without fighting, then you may consider speaking with a financial mediator or a couples therapist that is familiar with this topic.

Money and marriage can combine to create many fights and disagreements and tear couples apart. Use the five suggestions listed above to bring you together and create a marital financial plan.

Why Do We Keep Having The Same Arguments?